On January 30, 2019, SWAN and Solothurn Film Festival signed the Pledge for parity and diversity in film festivals, audiovisual industry and animated film.

This historic signature took place at our third annual Solothurn networking event Let’s meet for a drink at Uferbau. Lots of SWANs gathered to witness the signature, connect and network before heading to the Night of Nominations. 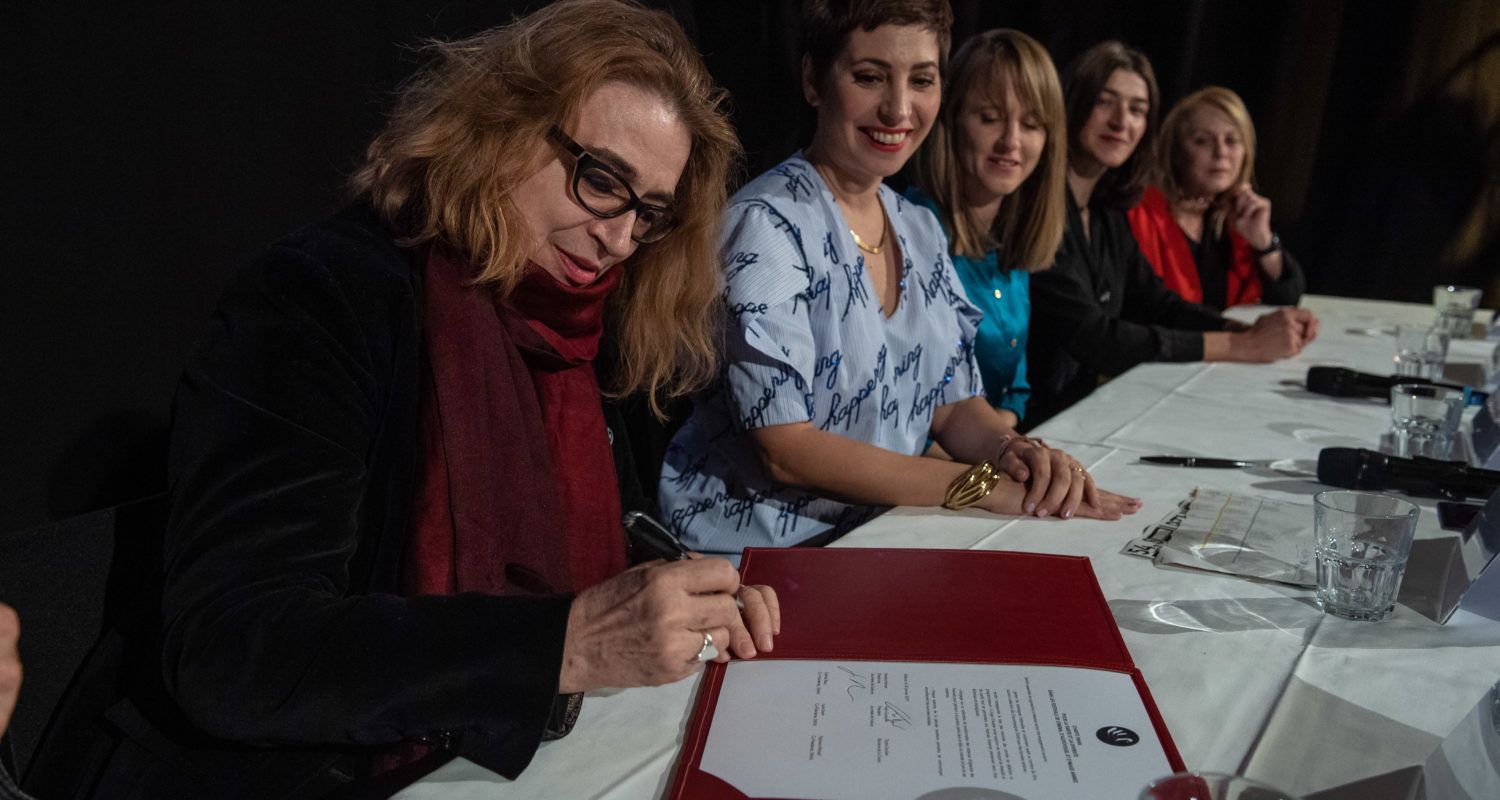 The signing of the Pledge at Solothurn Film Festival